Each year, without fail, someone posts the WKRP in Cincinnati segment entitled the Turkey Drop on various social media platforms.  For those of you who have yet to see it, the premise is simple ~ the station manager comes up with a promotion that will make radio history.  Making history is exactly the outcome, although not what the station manager was hoping for.  It’s a perfect example of wanting to be famous and ending up infamous

This morning as I laughed my way through it, I found myself listening with new ears when Mr. Carlson, with Herb at his side, reappears at the doorway of his office, disheveled by the attacking turkeys, and he states, “As God is my witness, I thought turkeys could fly”.

Mr. Carlson was acting with the best of intentions. He wanted to prove his worth to his younger colleagues and in doing so, he came up with an idea that he thought would bring fame to his radio station.  He planned out every detail, including an element of surprise ~ only to fail at the final implementation (knowing that turkeys don’t fly).

How many times as educators have we come up with an idea that we were sure would hit the mark with our students, only to watch it fail desperately?  I know that in my career, I’ve had many ideas that looked great on paper, but failed desperately in the execution.  Mind you, I have yet to harm any animals!

Should we steer away from those lessons that are destined to make history for fear that they may fail?  Definitely not!  I continue to be amazed and proud of those educators who put themselves out there, day in and day out, fearlessly trying to create a memorable learning experience for their students.  Watching educators recover from a failed lesson is a lesson in and of itself for our students.  We learn so much from watching how others recover.

When was the last time you tried a lesson that you thought would make history?  Did it fly or fail?

From my family to yours ~ Happy Thanksgiving ! 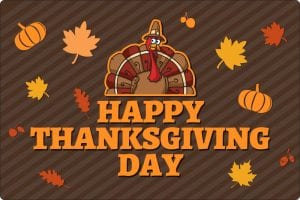 2 thoughts on “Best of Intentions”